Roots of a Quadratic Equation

We say that 2 and 1 are roots of the equation. The equation has 2 real and distinct roots 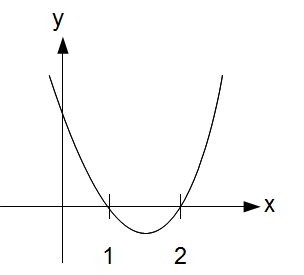 In graphical form, the roots of the equation are represented as the intersection of the curve with the x axis.

In this case there is only 1 solution. We say that the equation has only 2 real and equal roots
Graphically it can be represented as 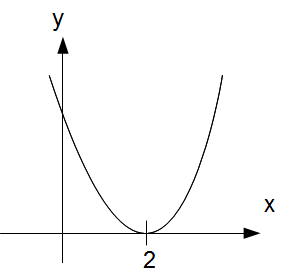 Example 3
Lastly we are going to look at an example where the curve does not intersect the x axis
Consider the equation:

The equation cannot be factorized. It cannot be solved using the quadratic formula.
Graphically it is represented as 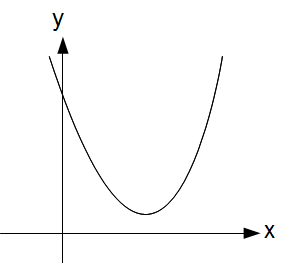 Popular posts from this blog

How to read a cumulative frequency curve 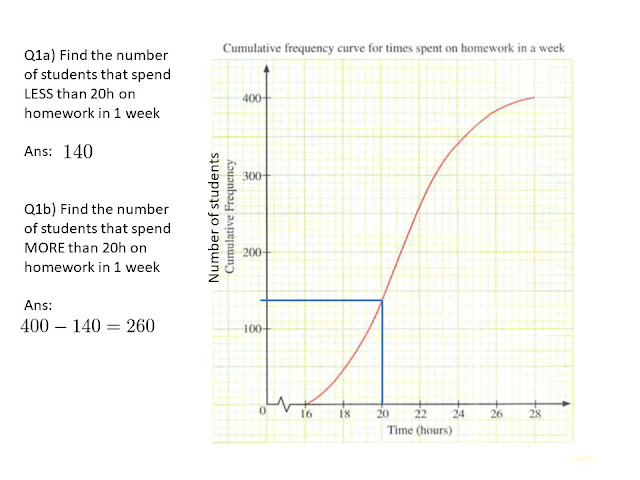 How to rationalize surds ? 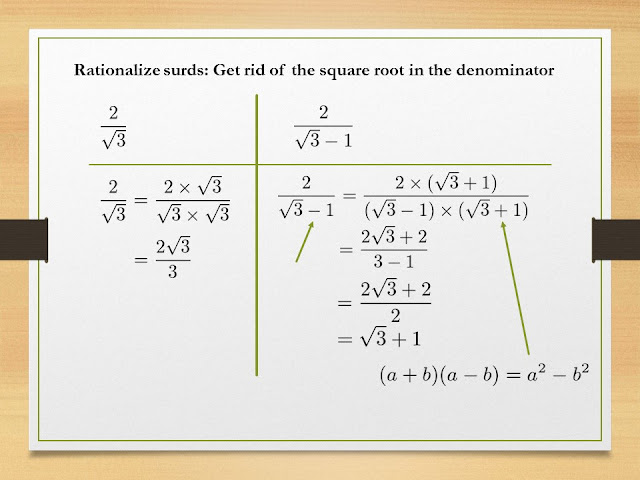 Technique 1: Finding the gradient of a line Parallel lines Parallel lines have the same gradient Perpendicular lines If a line has a gradient of 1/2 , the gradient of the line perpendicular to it is -2. -2 is the negative reciprocal of 1/2. In other words, we "flip" the fraction 1/2 to get 2 and attach a negative sign Technique 2: Finding equation of a straight line The general format of a straight line is y = mx + c where m is the gradient and, c is the y intercept Example 2 Find the equation of a line that contains the points (1,2) and (3,4). From the example above we know that gradient of the line is 1. Hence the equation of the line is: y = 1x + c To find the y intercept, c, we sub in one of the points I choose the point (1,2) and sub x =1, y = 2 2 = 1 + c Hence c = 1 The equation of the line is y = x + 1 Let us combine the techniques we have learnt so far to solve a typical O Level question Question 1 The figure above shows a trapezium where AB is parall
Read more